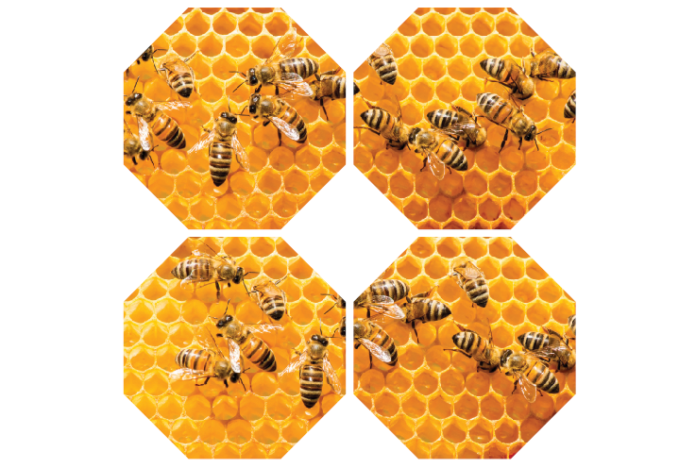 There should be no question

Spiders, ants, bees—we typically associate any bug with being a pest and we expedite the process of ridding ourselves of them, sparing no expense. Despite our inability to enjoy a peaceful coexistence with these creatures, they are critical to harmonious flora and fauna and to our own existence on earth. So much of the food we consume is pollinated, not by wind, but by insects. Bees, wasps, moths and butterflies all play an important role in crop-sustainability. This delicate balance has been shifted off-kilter, especially by the increased usage of pesticides and land development. While the pollinating job of honeybees in hives, as opposed to bees in the wild, is vastly different, a thriving honeybee colony directly mirrors the health of wild bees.

Six years ago, president and chief executive officer of Brooks Brothers Group, Inc. Claudio Del Vecchio had an ah-ha moment while reading about the necessity and decline of honeybees in the city and decided to install four hives on the rooftop of the clothier’s headquarters on Madison Avenue in Manhattan. Each of the four rooftop hives is in honor of the company’s four founding brothers of Brooks Brothers, Elisha, Daniel, Edward and John, who inherited their father’s business in 1833 and renamed the company to “Brooks Brothers.”

Del Vecchio, not skilled in beekeeping, sought the talent and professional know-how of Andrew Coté, a well-known merchant at dozens of city farmers markets, with a client list ranging from the suburban hobbyist to global organizations and international governments.

Coté has been skilled at beekeeping for more than 35 years, with more than four generations of family skill before him. His family brought the trade from Canada back in the 1800s, then to Connecticut. He’s already grooming his next generation of bee charmers, his two sons, who are 9 and 1. They are doing the apprentice work, helping with the bottles, jars and labels.

“It takes someone who is very skilled; there’s a lot to know when handling the hives,” says Debra. “There’s a lot to do to maintain a healthy hive; Andrew is really good at all of it.”

The bees, apis mellifera ligusticas, more commonly known as Italian bees, were brought to America more than 130 years ago (from Italy, of course) and are the most common honeybee of all species—proven hardy enough for the wide range of climates in most of the country.

“It’s a tough science to figure out how many bees it takes to make a jar of honey,” says Coté. “It takes the pollen of one million flowers to produce one pound of honey.” Now that is amazing, considering Coté will process dozens of hives, each hive producing 80 to 100 pounds of honey each season.

This year, Debra experimented with the hives and had one installed in the property’s apple orchard.

“We are very curious to taste the difference in the honey, between the hives in the clearing and the hive in the orchard,” says Debra of the two locations.

Although bees are very portable depending on the time of the year, what’s growing and what’s blooming, it’s almost imperative to consume honey that is produced by bees from within a few miles of where the person who is eating the honey lives.

“Not everyone knows that eating local honey can prevent or lessen seasonal allergies,” says Coté. 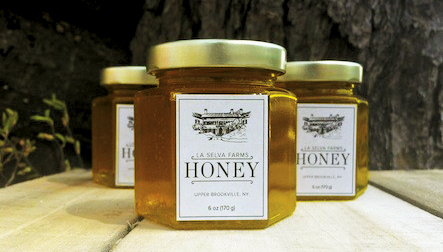 When local honey is processed, it’s composed of immediately available pollen. Consuming the local honey helps your body build a tolerance to local pollen, so seasonally, you should tend to be less affected while those plants and flowers are pollinating. This is called immunotherapy. The immunizing effects of honey are not scientifically proven, only anecdotal, but the evidence is convincing.

“If you are deathly afraid of bees, it’s best to not be a beekeeper, but I have a healthy fear and respect for them,” says Coté. “They [the bees] are not interested in you, actually. They just want pollen and water and are totally oblivious.”

Processing the hive takes real skill, though: understanding the smoking process, how to approach the hive and how the weather and seasons affect the bees’ routine. “You cannot just walk up and stick your hand in a hive,” says Coté, with the laugh of a prankster.

Attempting this stunt deserves a Darwin Award for attempting to thin the human herd.
“Beekeeping levels all races, incomes and is a great conduit for networking and an icebreaker; it’s also meditative,” says Coté. “There’s something so charming and soothing about the organized chaos in the hive.”