Still trucking with a laid back festival

Houston-based singer-songwriter Robert Earl Keen has a song called “The Road Goes On Forever,” which may be what comes to mind when you think about Gregg Allman. While his main gig, The Allman Brothers Band (ABB), called it quits with a final show on October 28, 2014, at the Beacon Theatre, the 68-year-old Nashville native hasn’t missed a step in continuing to tour and record.

Despite recent health woes including a diagnosis of atrial fibrillation that’s left him with a chronic cough, Allman has kept busy, most recently with this past summer’s Laid Back Festival: A Celebration of Music & Food, which got its inaugural launch last year at Nikon at Jones Beach Theater. Curated by Allman, this unique event features the main Laid Back stage for Allman and more established acts, and the Low Country stage, which showcased local artists and musicians.

Concertgoers were also able to avail themselves to an array of culinary options that included various local food trucks and stands. For this swing through Long Island, Allman was joined by Jason Isbell, America, the Marshall Tucker Band, Jaimoe’s Jasssz Band, Orleans, Devon Allman and Levon.

Having seen the success of the inaugural festival last year, Allman cautiously went into partnership with major league promoters Live Nation on this venture. 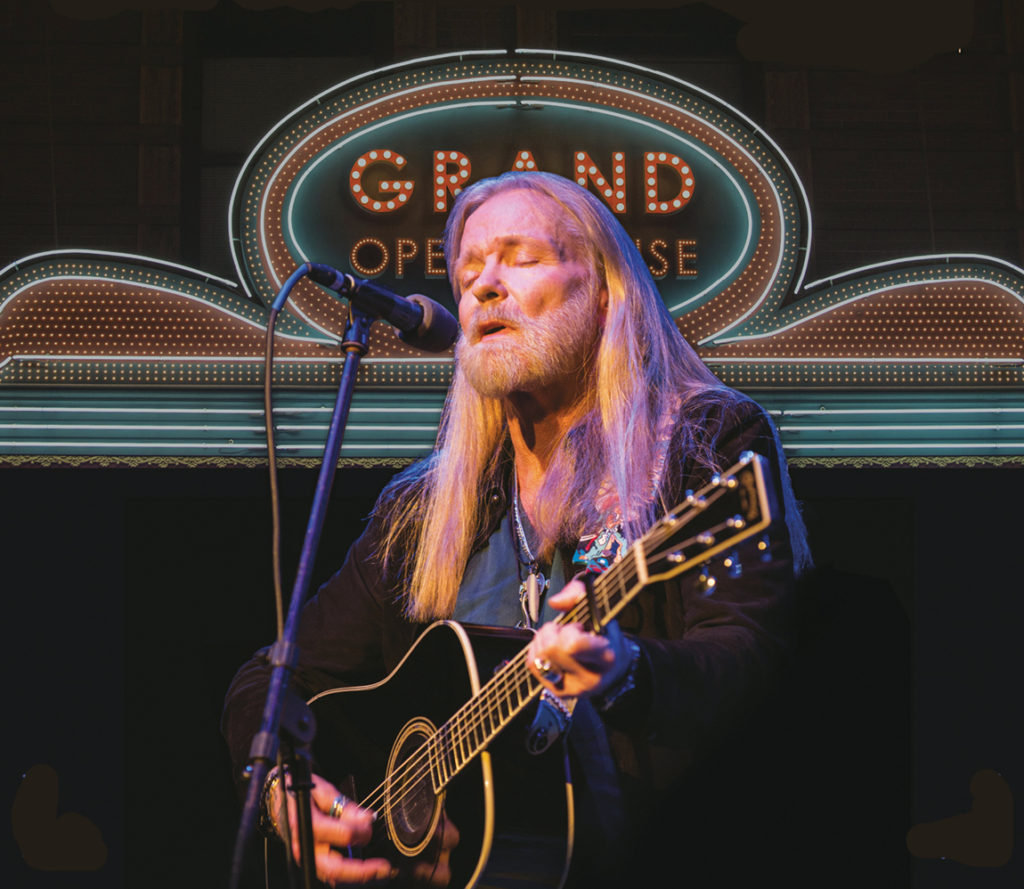 “The first one we did was last year and I managed to go 50/50 with Live Nation. I was nervous about it. I don’t hate to take gambles, but you just never know if the talent is the draw, because getting up to some of these places is an all-day affair,” he explains. “But there’s lots and lots of different kinds of food. If you buy a VIP ticket, you get to taste everything.”

In the meantime, Allman has kept busy on the musical front. Last year he released Back to Macon, GA, a homecoming live set recorded on January 14, 2014, a few months before the ABB signed off. And there have already been reports that earlier in the year he had booked time with Don Was at FAME Recording Studios in Muscle Shoals, AL, for a project tentatively called All Compositions By Gregg Allman.

When asked about it, he replies, “That’s a dream that got blown out of proportion. But dreams do come true.”

The one project the Rock and Roll Hall of Famer did admit to being on the horizon is an album called Southern Blood, which Rounder Records is set to drop in January.
“This new record is me and my band. Whereas a lot of artists have a road band and a recording band—no. There’s nothing like starting off a song and having it sound exactly like what they were just listening to in their car. It’s different stuff,” he says. “I did a couple of covers from some friends of mine who passed away, Tim Buckley being one of them. I cut that song ‘Once I Was.’ I used to sit around and play that all the time. We covered ‘Hummingbird.’ That’s all I’m going to tell you, brother. You’re not going to get another word.”

Nowadays, Allman is feeling better and loving life on the road. At heart very much still a music fan, the bug he got bitten by at the first show he went to with brother, Duane, still resonates nearly six decades later.

“I remember the first concert I ever went to was a rhythm and blues revue headed up by Jackie Wilson. But they had an orchestra and then the different stars would come and go. First up was Jackie Wilson, who was headlining. Then it was Otis Redding and then before him it was Mr. B.B. King, and he of course was the one who brought his band,” Allman recalls. “The guy had a piece of furniture on stage and he called it a Hammond. I was 9 years old and lemme tell you what—it changed my life. I looked over at my brother and said, ‘We got to get into some of this. This here is the thing.’”