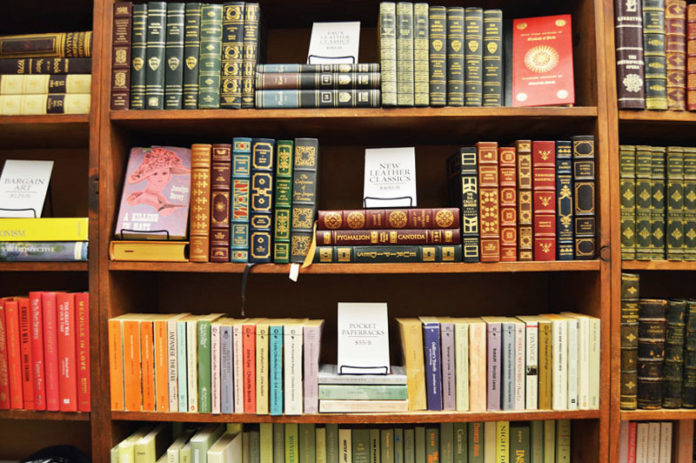 Imagine, thousands of books at your fingertips all in the confines of a bookstore that has been making literature lovers’ hearts aflutter for the past 90 years. The Strand is an independent bookstore that boasts more than 18 miles of books from first editions and signed editions to unique binds and current fiction and memoirs. But what lies upstairs is unknown to some customers. For upstairs at The Strand is the rare book room, where the store keeps its most treasured possessions.

“It’s so easy to collect books,” says Nancy Bass Wyden, who co-owns the store with her father, Fred Bass. It was Wyden’s grandfather Benjamin Bass who founded the business back in 1927. “The rare book room holds fabulous books from antique leather, marbleized insides, and our most expensive books are in our rare bookcase.”

The idea for such a special room came about after Wyden started receiving numerous unique books. The rare book collection has been in existence for 50 years. Among the shelves are a first edition Jack Kerouac, a Mark Twain set signed by Twain and Samuel Clemens, hand-colored French fashion magazines from the 1920s and the rarest books.

“Inside the rare book vault is our current most expensive book; a Ulysses signed by Henry Matisse and James Joyce. They got into a fight and not all the copies are signed, but this one is and it’s illustrated by Henri Matisse himself,” says Wyden of the book, which is worth $45,000. “The most expensive book ever sold was a $100,000 Shakespeare. The oldest book we currently have is a religious text from 1480 in Cologne, Germany, on the Psalms.”

Over the years, Wyden has found so much more than stories in books. Money, notes, pressed flowers, bullets, film negatives and a recorded tape are just some of the surprises that have been discovered among the pages. She attended the University of Wisconsin for business and literature and her favorite authors include Oscar Wilde, Mark Twain and Charles Dickens. Having been brought up in such a literary environment, Wyden saw the need to help customers create their own private libraries, which is why she started Books by the Foot in 1986.

“Books are truly beautiful. We’re in New York City, the cultural center of the world and there are so many writers and readers here so there’s great things that come from private collections and estates,” says Wyden of the store’s stock. “For me, it’s the best job ever. I can be very thoughtful and creative and use my talents to find books that people don’t think ever existed. It’s fun to have this element and it really elevates the house and the spirit; it makes the home warm.”

Sky Friedlander is the director of Books by the Foot and has designed many libraries for hotels such as The Library Hotel, The Rittenhouse Hotel and the Four Seasons and for private and personal collections of some of the wealthiest people in New York City.

“Books by the Foot has really blown up. Every major designer in New York comes to us,” says Friedlander, who added that The Strand also does backgrounds for movies and Saturday Night Live, especially the Oval Office scenes. “We try to surprise people and give them something special. We’re a new and used bookstore, so we can get specific with collections.”
Of the designer libraries, Friedlander says books can be by color, subject, theme, a time period or anything the client chooses. She has had requests for libraries on seashells, jewels, westerns, animals, music and recently completed an Art Deco collection in a high-end New York apartment featuring F. Scott Fitzgerald books.

“Someone wanted an ombre wall of books to mimic a painting they had. It was visually beautiful,” she says. “Sometimes it’s subject specific and sometimes it’s for a visual effect, but either way, books are pieces of art.” 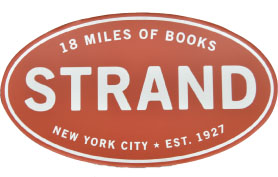 The Strand turns around the designer libraries fairly quickly. The biggest library Friedlander has done featured more than 2,000 art books, while Wyden has had a request for a replica of Thomas Jefferson’s Monticello Library. The price depends on the space and style of books. A cart is 15 feet of books, and they are priced by subject. Art books are $300 per foot whereas antique books and leather-bound books are $500 per foot. In Wyden’s experience, employees almost always recommend books that go in a client’s library. If it’s for an individual, Wyden surveys her customer for information to make it truly personal.

“We’ll ask a customer what their favorite books are, if they like animals or cars, what kind of art is on their walls and if they’re located in a different city,” she says, adding that people sometimes request books from the rare book room. “With our rare books we’re very careful. We’ll deliver them in person on our own trucks for an installation. After 90 years, we have a good reputation; we know what we’re doing.”

The Strand is always on the lookout for books and will buy straight from the publisher and discount them as well as visit estate sales for more vintage finds. Those interested in buying or selling books can contact the store directly.

“We get hundreds of books every day and we always have something beautiful,” says Friedlander, adding that it’s all about the surprise. “I hope The Strand gives people a sense of wonder. Just walk through the shelves and you’ll find something incredible.”

Despite the nuances of the technological age that has ushered in eBooks, Kindles and Nooks, print publications have maintained a steady fan base of traditionalists. As of July 2016, The Strand was listed to have possessed 2.5 million books and there is a constant steady flow of customers who buy them.

“Time stands still when you walk through the door,” says Wyden. “People feel like it’s their happy place, a little bit of a sanctuary, a community and a place of discovery where you don’t exactly know what you’re going to find.”

Strand Bookstore is located at 828 Broadway at 12th Street in Manhattan.