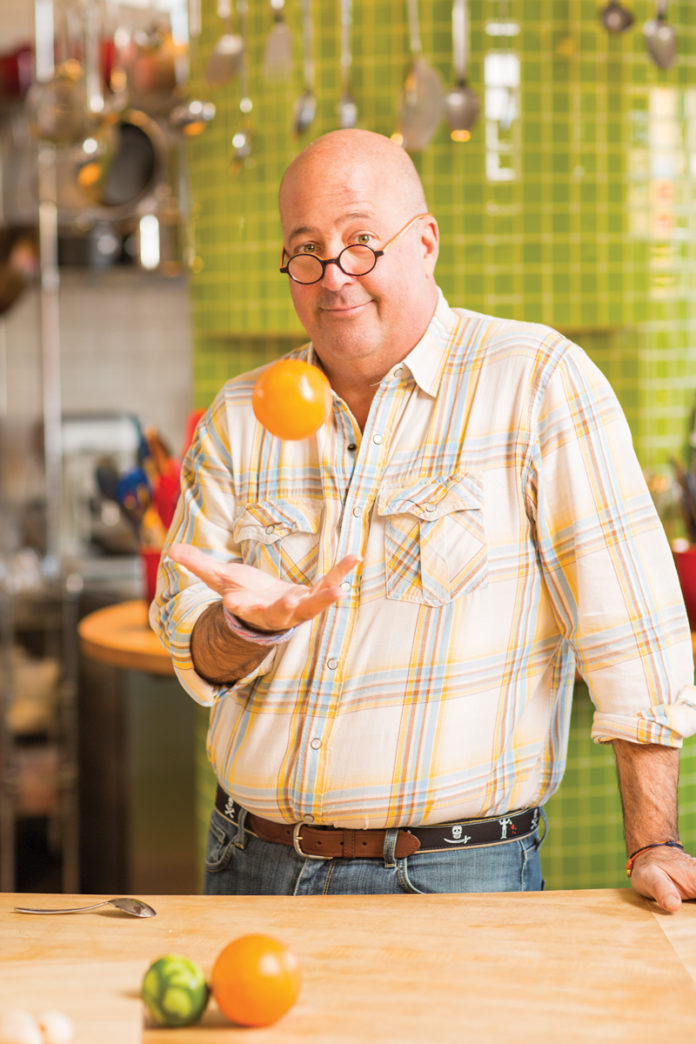 Andrew Zimmern, host of Travel Channel’s Bizarre Foods, has always been a world traveler thanks to his inclination toward exotic eats and fascinating stories.

In some ways, the seeds for Zimmern’s inclination toward travel were planted during a youth spent exploring New York City’s neighborhoods, a variable global community of culinary enclaves.

“I remember my first taste of real ethnic Chinese food driven by contemporary Chinese chefs and it was a revelation,” says Zimmern, who still believes New York City is the best food city in the world. “You have the best balance of ethnicities, hundreds of them, in large enough numbers to experience their cuisine and quality.”

He remembers going to Chinatown’s Nom Wah for dim sum with his parents and grandparents and accompanying his father several times a week for a burger at JG Melon on Manhattan’s Upper East Side. Meanwhile, Zimmern’s grandmother was the head of several committees at Mount Zion Temple and was treated like Jewish royalty during her shopping expeditions—this meant many tasty freebies for the young Zimmern to sample.

“It was the greatest thing in the world because everyone behind the counter, every counter man, would give me a bissel, which is Yiddish for a little taste or nibble,” says Zimmern, adding that he’d also go with his father to James Beard’s house for brunch, which would invariably take place in the afternoon as the legendary cuisine master was “a notoriously late sleeper.”

As a city dweller, Zimmern made many pilgrimages to Long Island’s East End and routinely spent entire summers in East Hampton, where his family owned a home from the 1950s through the late 1990s.

While he believes Long Island has amazing restaurants, Zimmern said it was never really about going out to eat.

“It was always about accessing the incredible seafood and the incredible farm experience that so many magazines tout now,” he says. “We were living that in the ’60s and ’70s. Amagansett Farmers Market was open and we were regular shoppers there and they had their actual farm right behind the stand.”

And when it comes to seafood, Zimmern says that life on Long Island sometimes meant hanging around on the shore long enough for the ocean to deliver its briny delicacies.

“Most of the time we were on the beach when a longboat would come in through the waves and we’d walk up to the boat and we’d intercept the fish before it went to the store, which was always a lot of fun,” says Zimmern. “We also foraged for food ourselves—we’d go clamming, and in the bay we’d cast for striped bass and we would crab on Georgica Pond. I grew up doing that.”